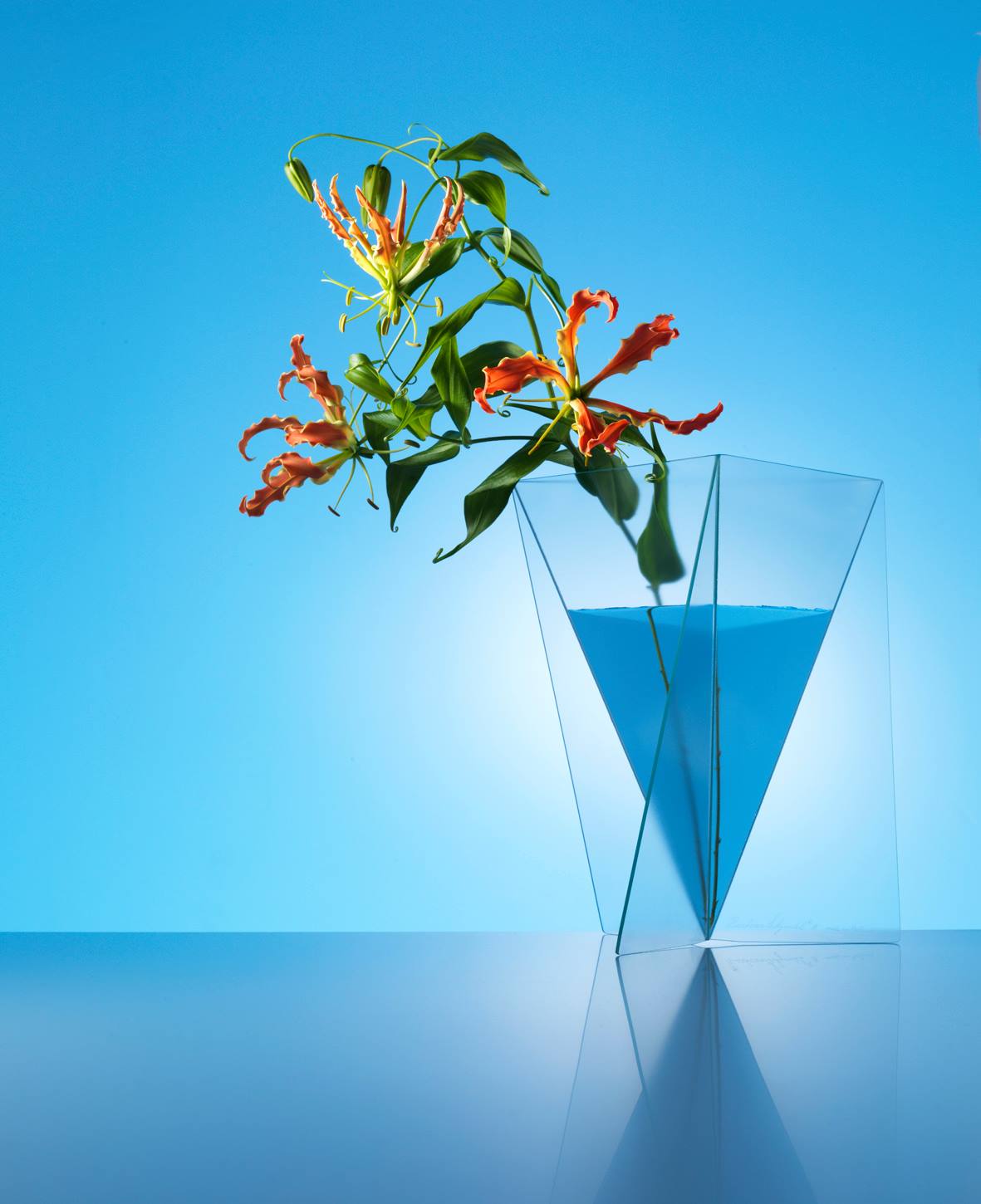 “The vase Delta is the best known example of Schijndel’s preference for the triangular shape. This design from 1981 is now a Dutch Design Classic.

Unlike any other glass vases from blown glass, this vase is composed of three rectangular glass plates which are bonded with silicone sealant. Of each plate a corner is cut off.

Dutch architect and designer Mart van Schijndel (1943-1999) had his own architectural firm from 1968 until his death in 1999. He has been the name behind a considerable number of architectural and interior design projects, for which he also designed much of the furniture and lighting. His work is characterised by geometric shapes and clear simplicity. He was always keen to experiment with new materials and techniques, often finding simple solutions to complex problems.In 1995 Van Schijndel received the Rietveld award for his private home at Pieterskerkhof in Utrecht.”

text and images via www.deltavaas.nl

Published: March 31, 2017 Author: Wisse Trooster Category: Design, Dutch Design
Previous: VORONOI VASE BY SANDER MULDER
Next: BIRDHOUSE BY KLAAS KUIKEN
We use cookies to ensure that we give you the best experience on our website. If you continue to use this site we will assume that you are happy with it.I accept