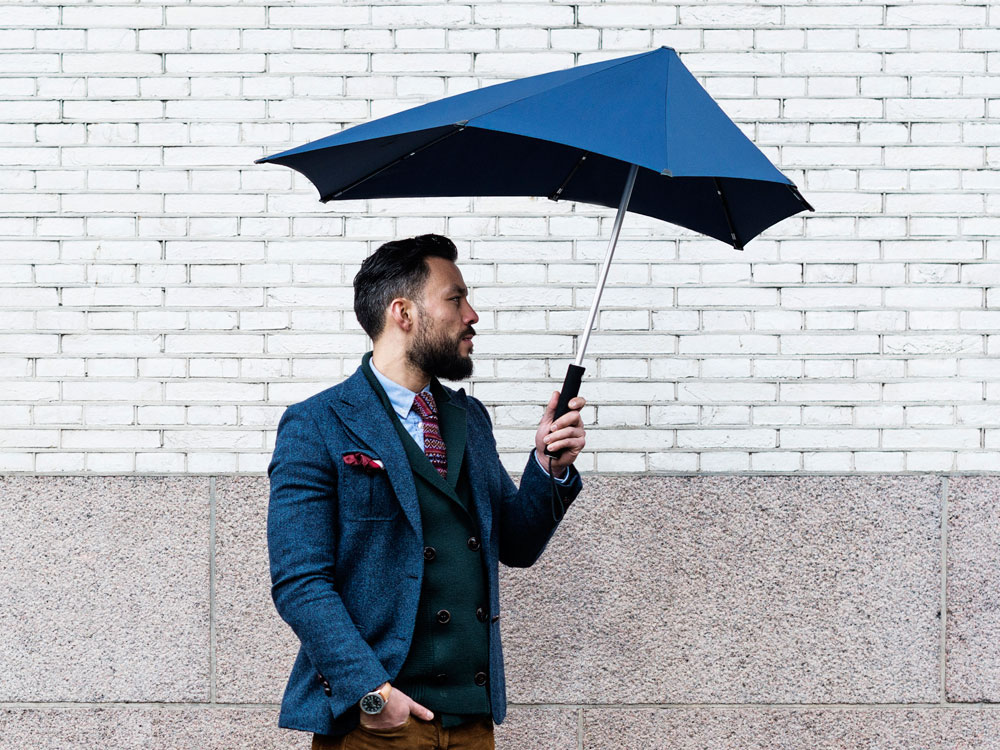 “senz° was the brainchild of young Industrial Design and Engineering student Gerwin Hoogendoorn. After a frustrating week, where three umbrellas succumbed to the elements and broke, he felt a calling to devote his graduation project to design the ultimate umbrella. An umbrella that could withstand the elements, specifically wind. True to his word he accomplished his mission. 3400 years after its invention in Egypt, the umbrella was finally taking on a new form!

Despite ridicule from college friends, Gerard Kool and Philip Hess, Gerwin stayed committed to his project. He initially approached existing umbrella companies to work alongside, but was turned down. Undeterred, he continued with the project, alone.

After inventing some extremely clever solutions, Gerwin realized the potential of his umbrella and was able to convince Gerard and Philip of its worth too. Within no time at all they had drawn up a business plan and made the first prototype, albeit on Gerwin’s grandmothers sewing machine! It was at that moment that they decided to give it a shot! With no entrepreneurial experience, they rented a tiny office space and started the company. Thus, senz° was born – quite literally – they wanted their umbrellas to make sense!” 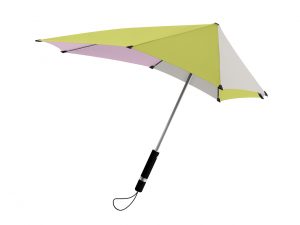 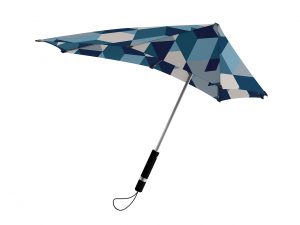 text and images via www.senz.com

Published: March 30, 2017 Author: Wisse Trooster Category: Design, Fashion
Previous: LIGHT BUCKET BY RODERICK VOS
Next: EVERYTHING BUT THE DESKTOP BY DAPHNA LAURENS
We use cookies to ensure that we give you the best experience on our website. If you continue to use this site we will assume that you are happy with it.I accept