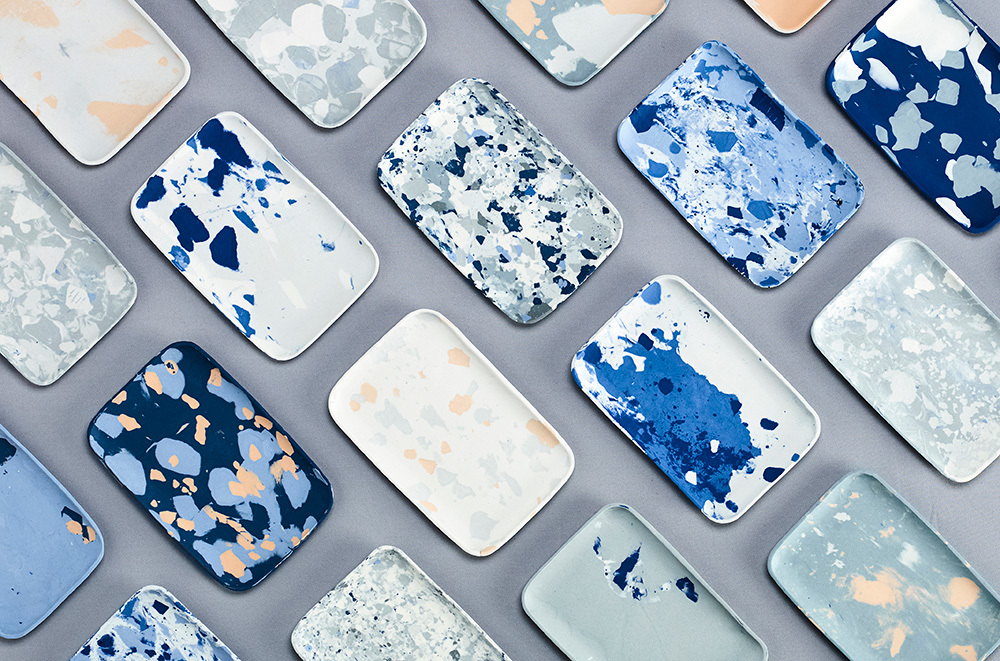 “Since 2012 De Intuïtiefabriek is saving the bits of porcelain clay that become left overs during the production of their porcelain collection. Until now just gathering it in a corner of their studio with the potential idea of a project that would arise from these small crumbs of coloured clay. As designers they see possibilities in every little piece of material around them and there is always an urge not to throw things away. Since the world is filled with waste it is very important to value what we have and to get the most out of it. It’s our duty to do that as human beings, as designers but maybe even more as small scale producers. So after collecting approximately 200 kg of waste porcelain in the past 5 years it is time to rediscover this beautiful material. They want the remains to remain, transformed into something new.

The nice part of small-scale production in porcelain is the fact that De Intuïtiefabriek makes clay in small amounts. This gives the possibility to colour both the clay and the glaze, which very rarely happens in the industry. Because their collection exists of a number of different colours the rest material does too. The usual way of re-using clay is to add water and to mix it into a liquid mass again. This would result in plain colours, maybe slightly pale in comparison to the original colours. De Intuïtiefabriek loves the brightness and intensity in their original porcelain colours, so that’s something they want to maintain. At the same time they want to create something surprising that has its own distinct visual character. By making sure that the particles stay visible during the process they create random and cheerful patterns. Along with changing demands of our regular products colours will shift and patterns will be different each time. ’Flock’ shows the versatility of what is possible with the waste material. With the working motto “nothing should be lost, and waste can be beautiful” De Intuïtiefabriek is showing the first outcomes during the Milan Design Week 2017.” 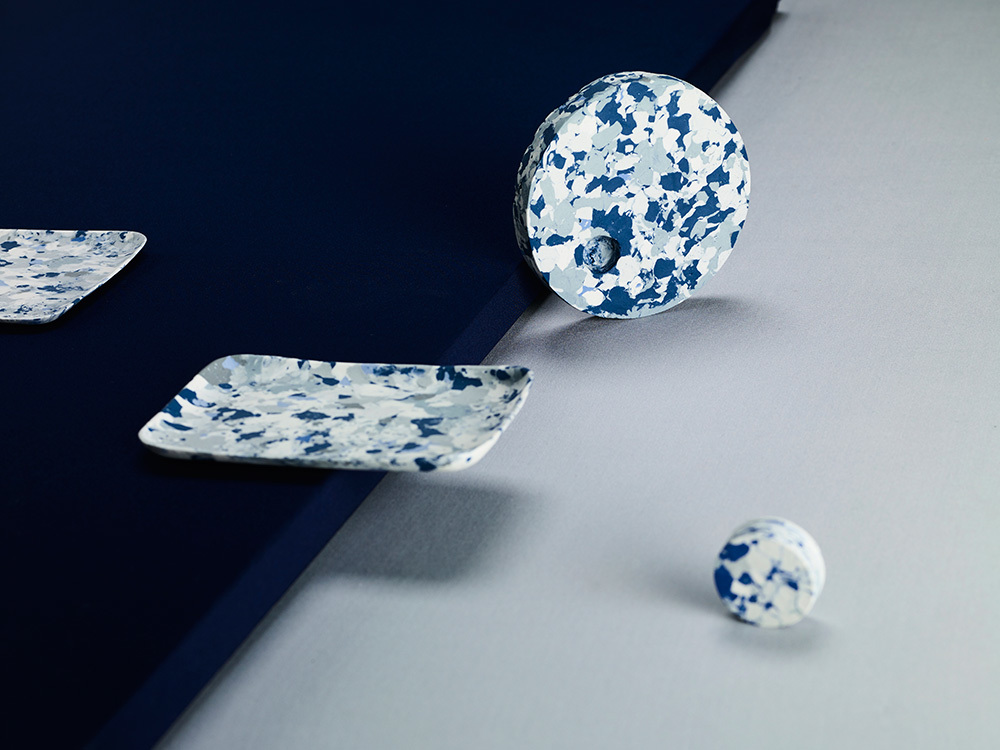 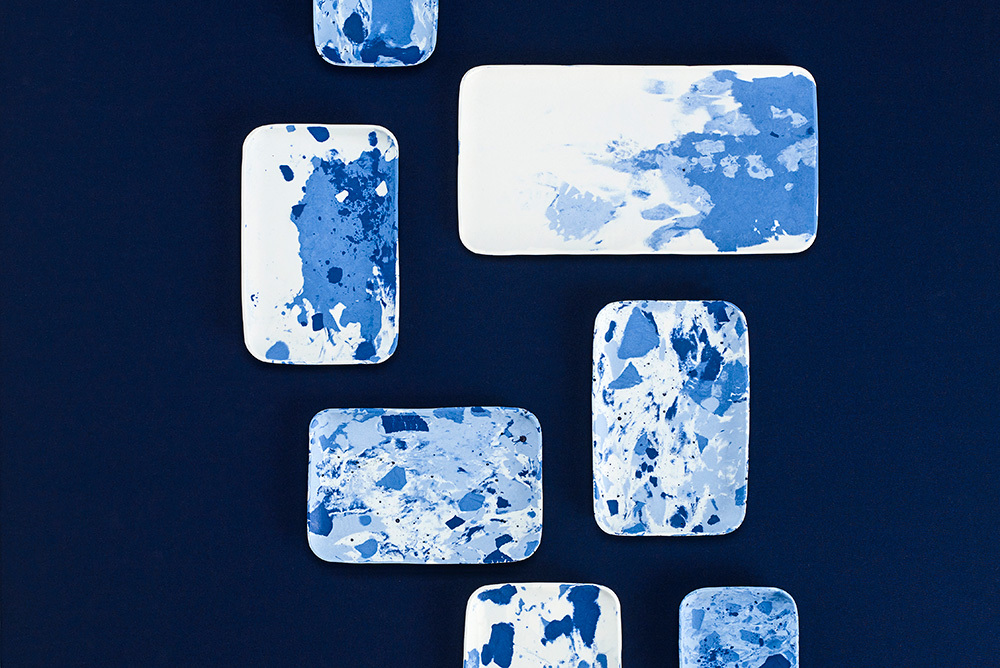 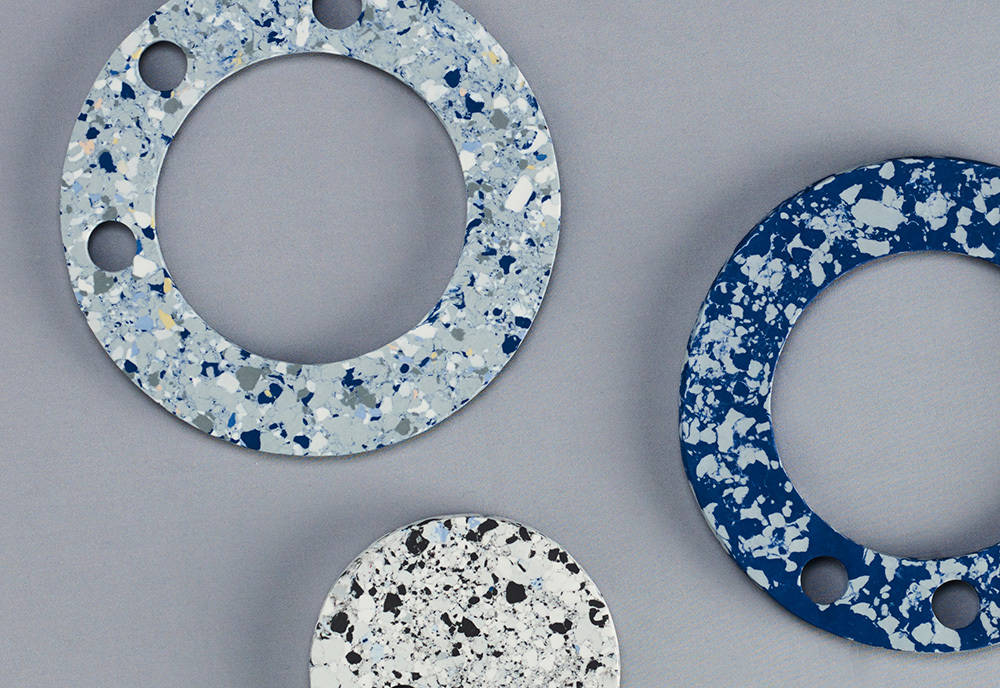 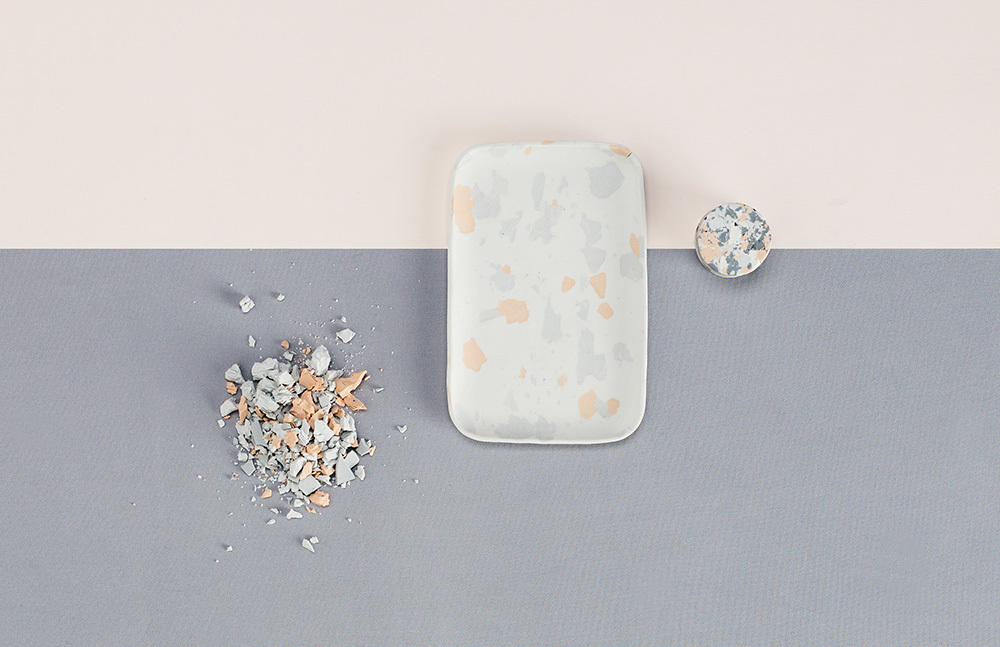 Published: April 5, 2017 Author: Wisse Trooster Category: Design, Dutch Design, Home Accessories, Projects
Previous: OPEN RUGS BY STUDIO PLOTT
Next: STOOK PORCELAIN JEWELRY BY MIANNE DE VRIES
We use cookies to ensure that we give you the best experience on our website. If you continue to use this site we will assume that you are happy with it.I accept